Are we real? Perceptions of Reality

There are many reasons why I pose the question, “are we real”? What brings me to this question? If we are real, how real are we? This might get deep. (Updated as new thoughts emerge.)

Is there a source or a creator?

You may answer differently, but for me, as intricate and finely tuned, balanced, as life is – I believe in God, Creator, Source. The master of the source code. And I am beginning to have a sense of the incredible enormity of “God.” 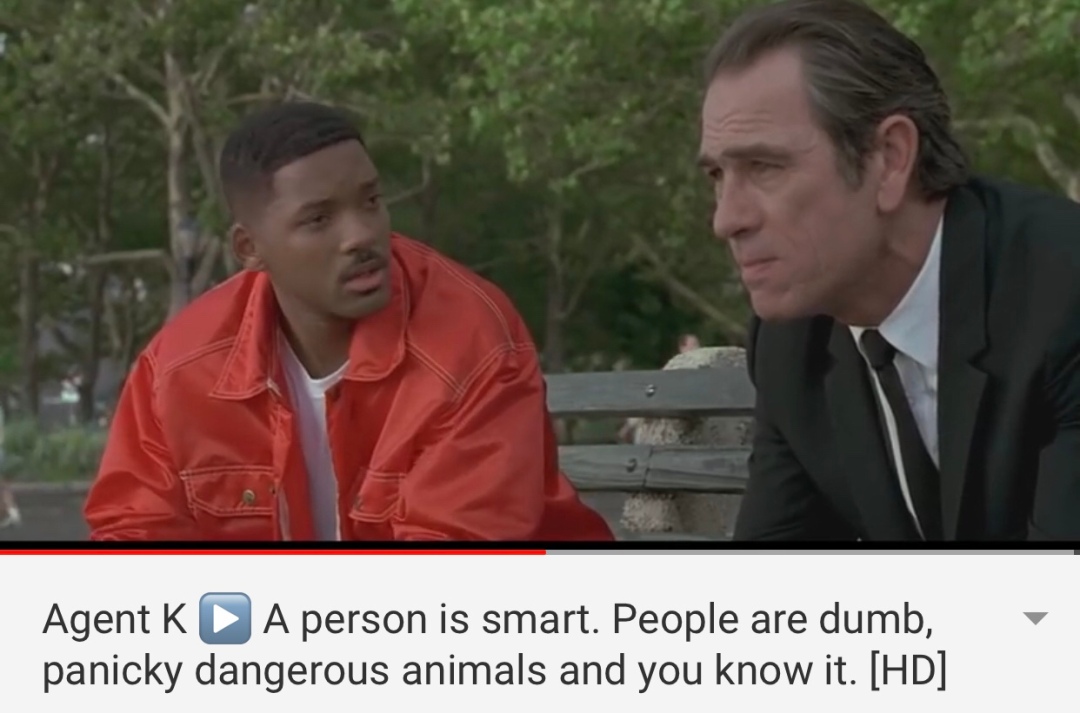 That line sparked an intrigue in me. Thus, I crafted this post.

If we believe individuals are smart, but masses of people are dumb it explains why we have governments and politics to guide the masses. Does that explain why individuals and groups help others (during crisis situations) seemingly with no thought of gain?

For example, good samaritans don’t take time to consider if they will get paid, or honored in any way, before they rush to help someone – they may often risk life or limb to help someone just for the sake of helping.

Yet, individuals argue over relatively stupid and short lived issues. Situations that in five, ten, or twenty years will not matter one iota.

Is motivation a factor? Large groups tend to be motivated by money. Perhaps at first, when the group was small the motivation was pure charity. However, as the group grows larger, greed sets in.

I feel the disharmony in the energy of the confrontation. Why?

Science has proven our bodies are electric. How can we profess to be people of any faith, go to worship God somewhere, on any prescribed day (usually a day that our prescribed faith deems appropriate), yet fairly soon upon leaving the sanctuary, cuss someone out who cuts us off in traffic, belittle a child, tell a lie, fight with a loved one, etc.

I’m sure you can think of other incidents that carry more negative charges. Why?

Didn’t we just hear a sermon or speech that in some way impressed upon us the importance of “loving”, i.e. “love thy neighbor as thyself”?

Sitting at a stop light the other day, I had the experience of looking back just as a man three cars behind me in traffic got out of his car, and apparently, while shouting (I couldn’t hear him but I could see his mouth moving), he pointed his finger, and shook his hand and arm at the driver in front of him.

What made me look back at just that precise moment?

Did I sense the energy coming my way?

It almost felt as though I was feeling his anger on an animal instinctual level.

I prayed the light would change so I could just move on.

Christians have many scriptures devoted to love and forgiveness of others who wrong us in some way, “Whoever does not love does not know God, because God is love.” (1 John 4:8 NIV), and “Father forgive them, they know not what they do” (Luke 23:34), as well as, “Love is patient and kind; love does not envy or boast; it is not arrogant or rude. It does not insist on its own way; it is not irritable or resentful; it does not rejoice at wrongdoing, but rejoices with the truth. Love bears all things, believes all things, hopes all things, endures all things. Love never ends.” (1 Corinthians 13:4-7).

Hindu’s teach that one should love, not expecting anything in return.

Sikhism teaches that only those who love will attain God.

The Unification faith teaches true love as the center of their theology.

Tibetan Buddhism teaches of salvation from achieving unselfish love for others.

Why then with all of this love being taught and believed, is the opposite experienced at all in the world?

I watched this YouTube video which speculates an answer to the question, “are we real” – Click here.

The video sways back and forth between natural laws proving there is a God, Creator, or Designer – and not. That our universe, even just our world, can all be explained mathematically.

As a technical person, an analyst, I have studied a lot of math in the course of my career and education. I’ve also studied, and talked with a lot of people who believe differently. I’ve learned to appreciate and value diversity – not just tolerate it.

“Think different” is the Apple slogan. You may be familiar with that from watching commercials on TV.

I say it’s good to contemplate subjects from a variety of viewpoints.

“Just do it”, is the Nike slogan – which tries to entice people to get moving (in their athletic shoes of course). So back to religion.

Many faiths, instruct us to pray, meditate, worship, sit in silence. Why? When we quiet our mind, we still our thoughts. When we still our thoughts we stop negative unproductive thoughts. Perhaps true creativity comes to us at this point. We become “available to spirit.” We aren’t doing anything but breathing.

Could God be in the breath? (Remember the very air we breathe is made up of molecules of oxygen, hydrogen, argon, nitrogen, carbon, water vapor and other gases – and also there is empty space between all molecules).

I am learning when I “just breathe” and focus on my breathing that my body relaxes and I think better.

Where do our thoughts come from?

Science is finding our thoughts come from outside of our brain – but they still do not understand how our brains work. I believe our brains are both a transmitter and a receiver. And our children are blank computers that we program, with every action, every word, and I dare say, with every thought that we think aimed in their direction or perhaps within their vicinity.

I’ve learned by watching my first granddaughter (born in late 2011) that she attempts to communicate to those around her in non verbal ways. I’ve watched in amazement when she understood what we were saying to her, though she has yet to figure out how to work her tongue to form the words on her lips.

When you gaze at someone, someone that is not looking at you, perhaps across a room, why do they turn and look at you – often within just a few seconds? You know those times. Often when it happens we quickly turn away because we don’t want them to wonder why we were watching them. I believe it’s because we’re transmitting a thought toward them, wondering about them, judging them, speculating about them.

We are all connected

Space is not empty. And considering that space is everywhere, within our universe, within our body, within all cells, and molecules, of course space isn’t empty. There is a framework within so called empty space. Could God be the space? Or the framework? God is omni right? Omnipresent, omnipotent, omniscience. Perhaps our thoughts ride that framework.

Watch the video movie – it’s free. Then comment and let me know what you get out of it. I’m curious.

I’m speculating that we are indeed real, but that reality may not be what we’ve thought.

Since computers were created science has had time to consider how electricity, turning on and off circuits very fast can store information and “do” things. All computer programs are a series of ones and zeros = on and off, true and false. That’s all it is folks (I’ve been working with and on computers for more than twenty years).

The Facebook website and all those games and computer applications you love so much are only programs made up of ones and zeros.

The Bible states that God created the simple things to confound the wise.

Could it be that our very thoughts set into motion vibrations, traveling upon frequencies (on a framework) that allows all of what we see around us to materialize?

My mind is overwhelmed when I consider, even for a few moments, how intricate, how complex, and beautiful – and living all of creation is. I bet there are color frequencies, for example, in existence our brains are not able to interpret.

Once, a little old lady told me not to wear my watch (because it had a battery in it) on my left wrist. She said that energy enters the body through the left hand and out the right hand. (Years later I learned this is different for a man than it is for a woman.) And she said, the battery current would block energy from entering my body. I was astounded! And why did she tell me this? I don’t know. I’d never met her before – it was a brief encounter while I was working in retail.

Later on, I had an experience while ill, that I was to put my palms together as I prayed for my healing. I did. I recovered.

I felt that in my future, someway, somehow, I should explain to others this experience and all the reasons that it’s so important.

When we pray, we put the palm of one hand against the palm of the other. Simply, this small act connects a circuit of energy. This means there is a very real reason why we put our hands together.

Ah, imagine what a hug does! (There’s been some studies on that also that are breathtakingly fascinating!)

Speaking of frequencies, consider all visual and audio information rides upon frequencies and our eyes and ears receive – then our brain interprets.

This means everything we see, is light that falls onto our eyes and our brain then interprets the frequency resolving a mathematical computation based upon all of the former input (learning based on relationships, patterns, and associated meanings) in order to paint the picture that you see! The way this happens is similar to how a television antenna picks up a  frequency and presents it to your TV set, allowing you to watch it.

First there was only black and white TV. Then color. Now, high definition.

Because we’re always pushing the envelope – exploring and creating equipment which is continually improving the interpretation of the signals! Now consider, some of us dream in color – sometimes the colors are quite vivid – almost real.

Take it upon yourself to be the best you, that you want to be. May God allow you to see everything that is. Search. Question. Dream, believe, and achieve. Live. Laugh. Love. Breathe.

Be the change: Support small businesses

What I write the most about...